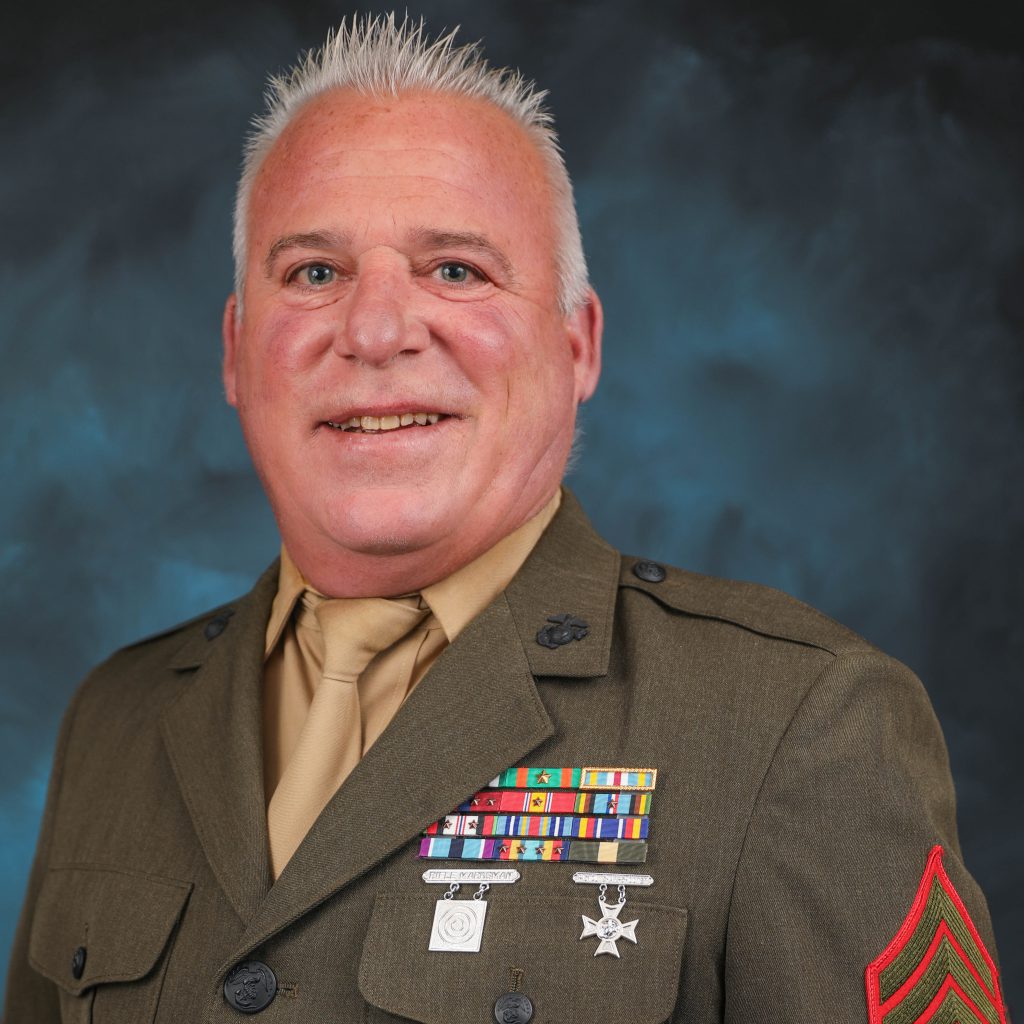 Gunnery Sergeant (Ret) Chad Parker served in the United States Marine Corps for 21 years of Honorable service.  He retired in 2012.  He served as a Diesel/Hydraulic mechanic for 4 yrs then switched jobs to be a F/A-18 Jet Engine mechanic/plane captain. He has done multiple deployments around the world fighting the war on terrorism.  During his career he served as a Drill instructor at MCRD, San Diego and an Assistant Marine Officer Instructor at Texas A&M University.

After retirement, he had aspirations to come back to Texas A&M to serve as a Cadet Training Officer.  He was hired in September of 2012 and has been serving Texas A&M since then.  He served with 2nd Regiment, 2nd Brigade, Fish Drill Team, Corps Marksmanship Unit, Reveille Advisor.

He is now Cadet Training Officer (CTO) for both  Fightin’ Texas Aggie Band and Miss Reveille & her handlers.